InContext conducted three pilot projects. In these, alternative practices on community and individual level to meet a societal challenge were applied.

The InContext team applied a process which facilitated these transitions: the 'Community Arena'. The community arena brings together actors from the public and private sector as well as civil society. Through an action research process of envisioning, backcasting, experimenting, self-reflection and learning, the factors that influence certain behaviours are explored and alternative ways to answer a societal challenge identified. In contrast to other transition processes, InContext did not only shed light on the ‘outer context’, such as social norms, infrastructures and policies, but also on the inner context. The latter includes feelings, values or needs that influence behaviour.

The pilot projects provided insights on how communities can create learning spaces that support sustainable lifestyles. 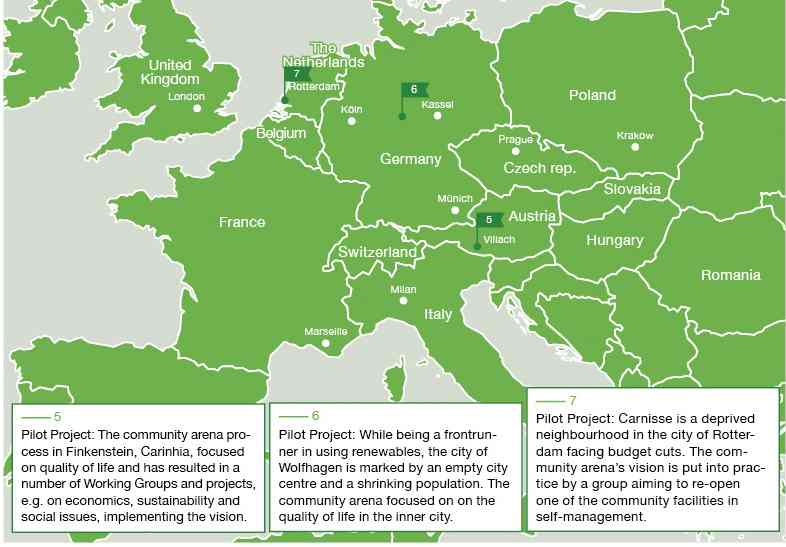 Carnisse (see map)  is a neighbourhood located in the south of Rotterdam. It is considered a ‘neighbourhood of extra interest’ by the national government. These neighbourhoods are seen as having problems in the social, physical and economical domains. One of the main problems facing Carnisse is a fragmented social infrastructure, lack of social ties, and no sense of a shared direction. Accordingly, most actors that took part in the community arena acknowledge that dominant practices and ways of thinking are insufficient for dealing with the persistent problems and challenges faced. 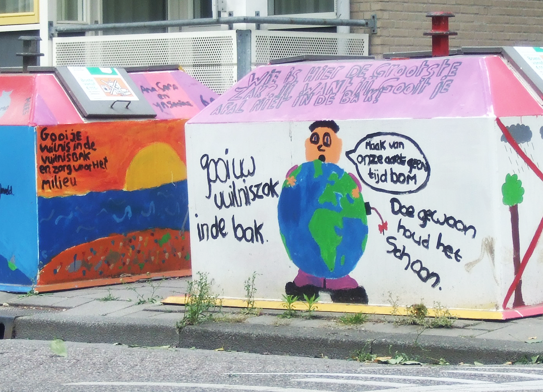 The InContext community arena process aimed to deal with these problems, by involving local actors and potential frontrunners. In the first phases of the community arena, the participants chose the re-opening of a local community centre in a self-sufficient manner as the main goal of their process. The community centre, which was closed due to lack of funds of its previous owners, was perceived as being exemplary for the problems of Carnisse. It’s re-opening created a permanent space to tackle the above mentioned difficulties, such as the fragmented community life.

The rural town Wolfhagen  (see map) is located in the administrative district of Kassel in the region of North Hesse. The city area of Wolfhagen is subdivided into a core city with a historical city centre and eleven rural districts. The historic town centre suffers from unsustainable city development occurrence that leads to rising vacancy rates. The reasons for these vacancies can be traced back to job losses, demographic change, conflicting monumental protection plans, and changing consumption behaviour. Another possible reason is the changing space requirements of local citizens, who often prefer to build bigger houses in the surrounding areas rather than moving to the (inherited or vacant) buildings in the inner city.

The community arena process in Wolfhagen therefore focused on sustainable inner city development, mainly by vitalizing the historical city centre as a communicative space for all generations. The participants of the process decided to focus on the re-opening of a former brewery as a community centre to create a meeting space in the community.

The pilot study in Austria was conducted in the village of Finkenstein (see map). About 8.500 people live in Finkenstein – distributed within 28 villages and settlements. Most of the working population commutes to Villach, a nearby town. The decentralized structure, the dominant role of Villach for everyday life, and the difficulties to organise a social life given these circumstances were major topics throughout the community arena process conducted as part of InContext. 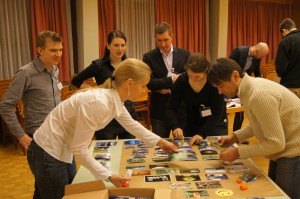 During the community arena process a variety of topics have been addressed: environment, tourism, economy, and social topics among others. The focus of the process has been placed on vision-building, and a common vision and slogan have been developed. The words used to formulate the vision represent some of the values central to the Community Arena members: freedom, joy, love of life, people and nature. The overall slogan for the community was "We shape FinkensteRn for the benefit of all". This reflects the citizens' wish for participation; well-being as a common individual and collective goal; social and environmental sustainability; and economic sustainability as a prerequisite for freedom. 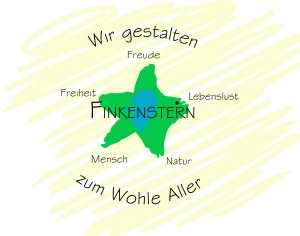 This vision together with a set of core statements were the basis for developing and planning pathways towards a sustainable and liveable future in Finkenstein, and the measures used to implement them. These tasks were then undertaken by nine different thematic working groups (e.g. "Sustainable Economy", "Social Life", "Environment and Sustainability", "Culture"), involving about 50 citizens, as well as several local politicians and entrepreneurs. Find out more.

The pilot projects and the methodology applied are presented in following papers: